Yazd is one of the best cities in the world that Adobe has always been as the owner of one of the most brilliant cultural heritage in the different periods of Iranian history. On a trip to the spectacular large Yazd that are waiting for you. 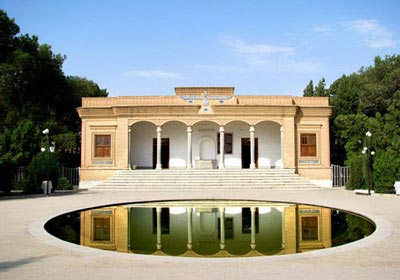 The current building of the Temple in the year 1313 and is sponsored by solar grants in Yazd and Corp India is constructed. The building of the temple with the architecture from the beauty of the architecture of the great and the Persian Empire at the center of a lush and rim height and placed on the forehead of the role "the Mansion" is flashed the faravahar. historic places
Iran, Iran's historical monuments, tourism
Temple of importance to
dating fire within it that have been told about 1520 years ago until now Foroozan and protection.
varahram within fire
brass performer and in a special room of the temple, among the buildings and A higher level of the Earth's surface to the wind and the rain and the Sun's radiation doraz maintained.

The collection of Amir chghmagh 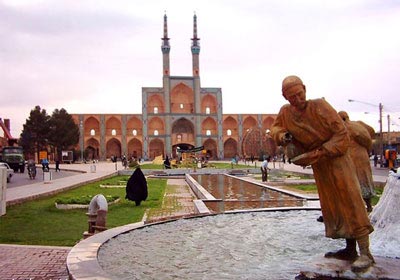 Amir Jalal al-Din chghmagh city in the Timurid period, on behalf of the Condor was appointed to the Government with the help of his wife, Yazd Fatima Khatoon in these places sometimes square and around the temples, water storage, water wells, market Inn, and most importantly the Amir mosque chghmagh. Iran historical places
, historical monuments, tourism

This mosque has a massive dome and nave and two medical Web is an excellent summer and winter. The altar of Alabaster Stone Mosque has the beauty of that is around it. 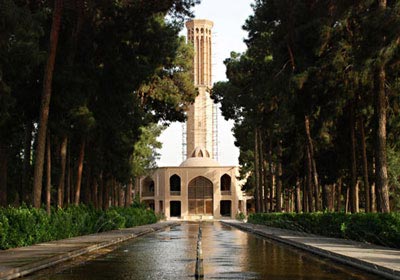 Mohammad Taghi Khan known as great Khan of the Khan dynasty head of Yazd was the first time the aqueduct with the name Zand dowlatabad bring afterwards, "mansion dowlatabad garden» in the construction. This building, the residence of a powerful ruler has also been the historic places
. Iran, Iran's historical monuments, tourism

this building is a collection of several of the Mansion includes: vestibule and Windward, paradise, the original main entrance hall of the mirror, and the southern front. The green space the garden consists of pine trees, Cedars, roses, fruit trees, especially grapes and pomegranates. The most impressive feature of this building is that it is the tallest Windward Windward 33.8 yards in the world. 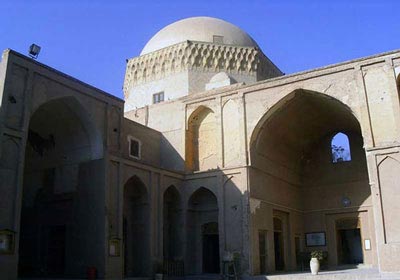 The prison, known as the Alexander school ziaee (e) of the works of Rumi, "Zia al-Din Hussain Razi» is the year 631 Lunar founded it and building it in year ended by his sons Lunar 705. historical places
Iran, Iran's historical monuments, tourism

nave altar and the school has around school, the porch was built. The dome of this building with Adobe decorating plasterwork and painting in watercolor on tall this building show that a sample of the architecture of the Mughal period in Iran. 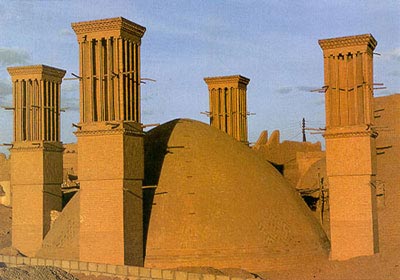 Old water reservoir with six Windward hills neighborhood located in Yazd. The building has two entrances in the North and the South and the tank and the water tank storage dome ovate form. historic places Iran
, historical monuments, tourism
this water storage
55 stairs that are between 25 and 26 from the stairs above, a vestibule with paving and water storage Vault after the start of the vestibule. The vault ceiling with Adobe brick and rather clownish officials big water tank of the important features of this water storage is provided in the year 1379 Ah to try Hussein Haji Mir Allah made. 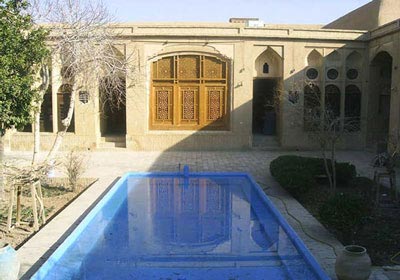 n the construction of this historic home owned by the Qajar period and is located in the khhadan neighborhood of Yazd city. Building home Larry according to the overall style of the House of Lords made their period, i.e. a House with two parts of the outer courtyard and viscus in the Center and Northern parts of the southern part as winter and summer as that used to include a forum and Windward. Iran historical places
, historical monuments, tourism
eastern side of
that Northern room mirror, mtabkh, cellars and other spaces as the fall e And the Western side of the spring can be used as bedrooms. This House is now a Museum of the documents. 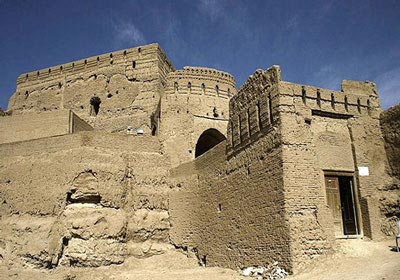 almost made in 5 steps. The oldest section of the building spaces that are in the heart of the Earth have been dug in the local dialect "Boken" as they are called, and the lowest part of it make up. 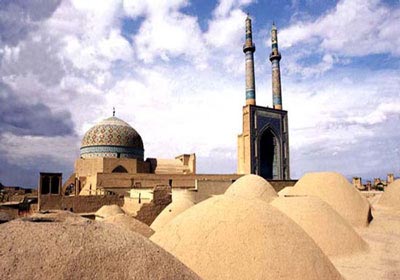 Fahraj village 25 km South-East of Yazd and Bafq, Yazd-on the side of the main road. Of the historical monuments of this ancient castle into a village, the old water storage, the martyrs and the Grand Mosque can be noted.

Jameh mosque of fahraj of the old building and the Islamic culture and civilization unparalleled that belongs to the first half of the first century Ah. Iran historical places
, historical monuments, tourism

this building is the oldest mosque in Iran and perhaps in the world without any ornament is a remaining intact. The existence of the nave facing the Qibla, with eight columns, minarets of mud is not so long that the roof of the mosque from the inside stairs to the roof of the minarets and then the top of the Minaret will be cordoned off and the use of clay and mud in its construction of the characteristics of the building. 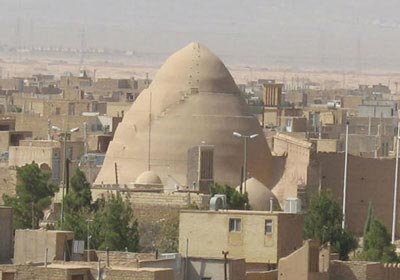 This fridge has a history with which to advance from the Qajar period would seem one of the few remaining glaciers in the Yazd province is made of clay and mud. The major part of this magnificent monument are: the shadow of the walls of the refrigerator and the ice dock Launcher strap tank dome. Iran historical places
, historical monuments, tourism

South Eastern and Western walls and in the shadow of the winter cold in the Northern yard sweepers provide refrigerators made in consecutive nights with a vast subterranean water dropping into a pond, and its shallow balcony and repeat this in consecutive nights large pieces of ice are made and then Of the broken ice in the reservoir below the dome has been moved to the refrigerator. The ice dome is a great Adobe keep have accumulated in the summer for use caravan yan and people tapping. 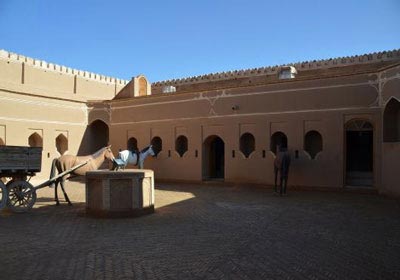 History of Achaemenid period chaparkhaneh in Iran. Of these centers as the station has been used letter exchanges.
Iranian historical places
, historical monuments, tourism
chaparkhaneh, task
storage and courier co., and a number of fresh horse patients breathe fast to send and exchange of letters and the trustee has been important. Hence the chaparkhaneh Castle built to defend and protect it is possible.